Called to journey with one another 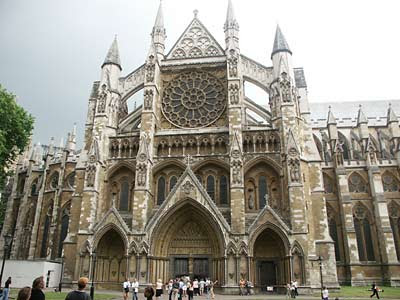 In today's Gospel, Jesus passed through towns and villages, teaching as he went and making his way to Jerusalem. He walked; roads were only dusty, rutted paths. He and his followers had to contend with the climate, fatigue, dust, but Jesus was a man with a mission. He taught the truth and not just what people wanted to hear.

We are called to journey with each other. A sentence from the recent General Chapter of the Society of the Sacred Heart keeps coming to mind: "To understand others and to journey with them we must enter into their reality and let ourselves be changed by their lives." How am I letting others change me?

Trip continued and perhaps finished today:
I think I have now been writing about my three-week trip daily for two weeks and it is time to sum it up with just a few of the highlights. The trip to the Lake District was, of course, beautiful and my mind is still filled with pictures of the English countryside. In London, I will try to limit myself to what I consider three outstanding graces, each still influencing me as I write:
1. The tremendous welcome I received from the Community of New House where I stayed; each made me feel at home in so many ways. I was overwhelmed by their thoughtfulness and kindness. I also enjoyed the community prayer each evening in their Chapel and I am just so grateful to each who showed me the love of the Heart of Christ.
2. The time I had for prayer in the Sacred Heart Chapel that contains the tombs of Father Varin, Reverend Mother Digby, and Reverend Mother Stuart--all important figures in the history of the Society of the Sacred Heart. It is a holy place and survived the bombing that destroyed most of Roehampton where we had a teacher training college; now Roehampton University occupies the site with five colleges and some of our Sisters, including the Provincial, live students in Barat House; I was invited to tea there and able to meet some of the students. But to go back to the Chapel and the grace I felt every time I walked over to pray there; I had Mass one day and stayed to read some of Mother Stuart's poems in a little red book that Jane gave me in Scotland. I really felt the presence of Mother Stuart and her blessing.
3. An unexpected grace: I was able to assist at a private Mass in the Chapel of St. Edward the Confessor in Westminster Abbey. The pictures above show the Abbey and the tomb of St. Edward who died just a week after finishing Westminster Abbey; his tomb is still there in the small Chapel not usually open to anyone because of the 13th century Italian floor (it was covered with a rug) - the Mass was for those who had tickets - only a small group, but Monica managed to get two tickets. We had the entire Abbey to ourselves when we came out of the Mass and that was thrilling; all the lights were on but it was silent!
My entire trip was special. I also saw, on my last afternoon, over 50 deer in a nearby park grazing in at least six different spots! I returned grateful for all and especially grateful for all the marvelous people I met both in Scotland and England and for my vocation to an international Society for one is at home in any Sacred Heart community!
Posted by Helen at 6:19 AM