Some Spiritual Books Worth Reading 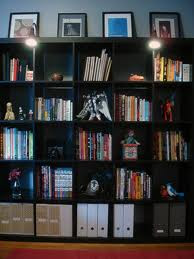 Today I will list a few and then talk about them in my blogs during the next week or more. Many have told me that this is helpful for them and so I have been buying and using some of the best books out in 2011 and I am happy to post them here for you.

New Spiritual Books: (These are not in any special order, but I hope to say a word about each starting next week.) You will note that not all the books were published in 2011, but they are new books to me, even if Merton's book was sitting on my shelf until my retreat director mentioned it!

Delio,Ilia. The Emergent Christ: Exploring the Meaning of Catholic in an Evolutionary Universe. Orbis, 2011.

Fagin, Gerald M., S.J. Putting on the Heart of Christ: How the Spiritual Exercises Invite Us to a Virtuous Life. Loyola Press, 2010.

Rolheiser, Ronald. Our One Great Act of Fidelity: Waiting for Christ in the Eucharist. Doubleday, 2011.

Chittister, Joan. The Monastery of the Heart: An Invitation to a Meaningful Life. Bluebridge, 2011.

Ratsinger, Joseph. Pope Benedict XVI. Jesus of Nazareth: Part Two. From the Entrance into Jerusalem to the Resurrection. Ignatius Press, 2011.
Posted by Helen at 1:56 AM