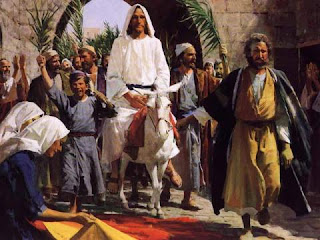 This is Palm Sunday week end but I will be away and unable to write before Tuesday. I just read that the Pope will be celebrating a Holy Thursday liturgy in a prison in Rome this year as well as the Chrism Mass in the morning at St. Peter's.
The friend I visit ever March is the mother of the eleven wonderful children; I had the joy of teaching her first four girls back in the 1950's so our friendship goes back about sixty years. Her two oldest were about six and eight when I arrived at Clifton and they came early so they were the only ones in the dormitory the first night. There were four more little ones at home and the family was moving so we received the children.
Have a good Holy Week and I will be on again on Tuesday.