Reflecting back over the past weeks... 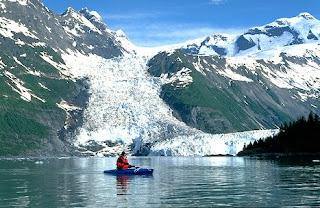 Although I am happy to be home again, I had so many good experiences that I want to take time to reflect on some of them and share my reflections here. The first great experience was the meeting of 24 Religious of the Sacred Heart who are in higher education at many Universities or, like me, retired and involved now in some research or writing project. We had some wonderful prayer times together prepared ahead and several involved sharing with one or two others in our circle. I was most impressed by the simplicity and sincerity of all present so our sharing enriched each one. I think it was the best Higher Ed meeting I have attended because of the atmosphere of friendliness and openness. The longer prayer periods helped us bond as well as both the reception at the end of the first day and the banquet the next night on the terrace. The sunset is spectacular as the University of San Diego is up on a hill overlooking the city.
The meeting ended at noon on Saturday. One of the priorities that will also be of interest to many of my readers is to broaden and deepen our knowledge of Reverend Mother Stuart in preparation for the centenary of her death in 2014. She visited many convents in the United States and Canada in 1898 and gave conferences in most of these. Later, as Mother General of the Society of the Sacred Heart, she continued to write but her long trip to our houses in South America was made first and we have wonderful descriptions of her adventures as she wrote charming letters back to the community at Roehampton, England, where she had been superior for many years. She is buried there in a little Chapel that escaped the bombing during the war that destroyed most of our convent and college. I shall be writing more about her in my blog in the coming months as I have some great quotes to share with you. One of my favorites is her definition of joy as "the song of the spirit under the pressure of happiness."
Posted by Helen at 5:46 AM