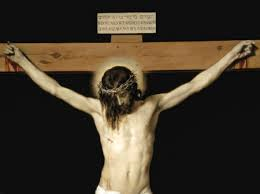 Today I want to quote from the Pope's honily during Palm Sunday Mass in St. Peter's Square where 100,000 had gathered. Pope Francis said that during this week:

"We would do well to ask just one question: Who am I? Who am I , before my Lord?" The Holy Father recalled the names of those appearing in the Gospel reading and asked, "Is my life asleep like that of the disciples who slept while the Lord suffered? Am I like Judas, who pretended to love, and kissed the Master to give him over, to betray him? Am I a traitor?"

Today is Spy Wednesday; it is so named because it is the day Judas arranged to betray Jesus.

The Pope also asked if we were like one of these: Pilate, who washed his hands of his responsibility; the crowds who chose the criminal Barabbas over Jesus; the soldiers who struck Jesus and mocked him; the passersby who mocked Jesus as he hung on the Cross.

The Pope also named those who showed fidelity and then concluded with this question that should accompany us through Holy Week: "Where is my heart: To which of these people am I most alike?"
Posted by Helen at 1:00 AM