Canada and the Society of the Sacred Heart 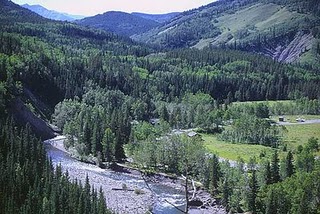 I began November with the history of the first foundations that the Society of the Sacred Heart made in Canada and we had the story of three of the first foundations as we moved closer to making a foundation in Montreal. We had opened the boarding school at St. Vincent's in 1846; in August, Mother Hardey visited and installed as Superior Mother Amalie Jouve to replace Mother Sallion. By 1852, the academy had more than eighty pupils, a junior school of twenty-five little girls and a growing novitiate. The parish school had also incrreased. However, the distance from Montreal was still a hindreance. Mother Jouve was summoned to the South to take chare of the vicariate of Louisiana in 1854 and then a real problem arose as the pastor of St. Vincent heard that the Society of the Sacred Heart had come into property on the island of Montreal and was about to erect another convent there that would be more accessible for the population of the city. There follows a struggle to keep the nuns, but by 1858 "the entire establishment of the Sacred Heart at St. Vincent was turned over to the Sisters of Providence."
I may be repeating myself here as we had covered the foundation  at Sault-au-Recollet in earlier blogs, but I had to go back myself to get the three first foundations clear in my head. We still are not in the city of Montreal. But Reverend Mother Trincano was named Superior Vicar of the Canadian houses in 1864 and, although only able to live for four years, she left a lasting influence on all.
Posted by Helen at 2:30 AM