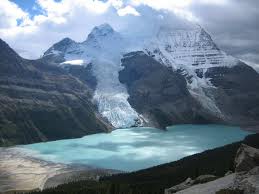 I must confess that I am spending a great deal of time reading about Canada and its history. Here are a few tidbits gained from the Internet:

Mother Callan wrote in her book, "The Society of the Sacred Heart in North America"  that when we went to establish the first convent of the Sacred Heart in Canada, we were in the Province of Quebec, the oldest, largest, and most individual of Canadian provinces with two centers rich in history: "Quebec, the mother city, serene on its rocky height and retaining much of the atmosphere of French colonial days, and Montreal, a mart of commerce, set in mid-stream and exposed to foreign influences, today a great cosmopolitan city, yet treasuring the historic memories which cling to its very soil."

The diocese of Montreal was erected in 1836 by Pope Gregory XVI. The second bishop was Mgr. Ignatius Bourget and he is the one who petitioned Mother Barat for a foundation in his diocese. He was the one who then called on Mother Galitzin in New York to deliver the letter from the Superior General who thinks we should not refuse the offer of the Bishop who has a house ready for us and the promise of novices soon. Mother Galitzen canceled her trip South and aranged to go in three days with Mother Sallion to inspect the property. They went by steamboat and stagecoach and crossed the St. Lawrence on a ferry.  Although open to the foundation, a delay was sought as money and subjects were lacking. However, as we have seen in earlier blogs, the delay was only until Mother Hardey returned from France in 1842.