Am I a silent witness ? 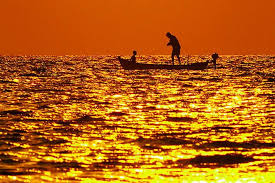 Pope Francis points our that often because of business interests and consumerism, our earth is less rich and beautiful.  We need to care for the ecosystems. Read this excerpt from "Laudato Si":

35. In assessing the environmental impact of any project, concern is usually shown for its effects on soil, water and air, yet few careful studies are made of its impact on biodiversity, as if the loss of species or animals and plant groups were of little importance. Highways, new plantations, the fencing-off of certain areas, the damming of water sources, and similar developments, crowd out natural habitats and, at times, break them up in such a way that animal populations can no longer migrate or roam freely. As a result, some species face extinction. Alternatives exist which at least lessen the impact of these projects, like the creation of biological corridors, but few countries demonstrate such concern and foresight. Frequently, when certain species are exploited commercially, little attention is paid to studying their reproductive patterns in order to prevent their depletion and the consequent imbalance of the ecosystem.

36. Caring for ecosystems demands far-sightedness, since no one looking for quick and easy profit is truly interested in their preservation. But the cost of the damage caused by such selfish lack of concern is much greater than the economic benefits to be obtained. Where certain species are destroyed or seriously harmed, the values involved are incalculable. We can be silent witnesses to terrible injustices if we think that we can obtain significant benefits by making the rest of humanity, present and future, pay the extremely high costs of environmental deterioration.
Posted by Helen at 1:00 AM