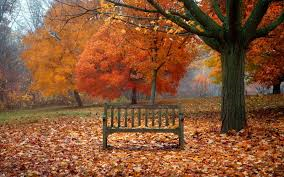 It is good to sit in silence and know that Jesus desires to sit with us and maybe we will end with a dialogue. I have found that if I begin to think of what Jesus might want to say to me today and then write it in my journal, this often inspires a real dialogue between us. This picture certainly invites me to sit on the bench and just be with Jesus beside me.

49. It needs to be said that, generally speaking, there is little in the way of clear awareness of problems which especially affect the excluded. Yet they are the majority of the planet’s population, billions of people. These days, they are mentioned in international political and economic discussions, but one often has the impression that their problems are brought up as an afterthought, a question which gets added almost out of duty or in a tangential way, if not treated merely as collateral damage. Indeed, when all is said and done, they frequently remain at the bottom of the pile. This is due partly to the fact that many professionals, opinion makers, communications media and centres of power, being located in affluent urban areas, are far removed from the poor, with little direct contact with their problems. They live and reason from the comfortable position of a high level of development and a quality of life well beyond the reach of the majority of the world’s population. This lack of physical contact and encounter, encouraged at times by the disintegration of our cities, can lead to a numbing of conscience and to tendentious analyses which neglect parts of reality. At times this attitude exists side by side with a “green” rhetoric. Today, however, we have to realize that a true ecological approach always becomes a social approach; it must integrate questions of justice in debates on the environment, so as to hear both the cry of the earth and the cry of the poor.
Posted by Helen at 1:00 AM