Listen to the Holy Spirit 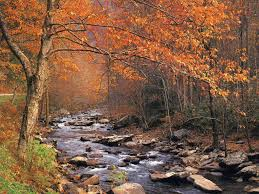 Sometimes we forget that  we have made many mistakes in the past; even our Catholic Church has had to change many things that were done in the past. Richard Rohr noted some of these and I thought it worth reminding all of us about them:

" The words “mystery,” “mystical,” and “mutter” all come from the Indo-European root word muein, which means to “hush or close the lips.” We must start with humble, patient, wordless unknowing, sincere curiosity, or what many call “beginner’s mind.” Only then are we truly teachable. Otherwise, we only hear whatever confirms our present understanding.

Without such humility, religion has cried “wolf” too many times in history and later been proven wrong. Observe earlier authoritative Church statements on democracy, war, torture, slavery, women, treatment of Jews, revolutions, liturgical forms, the “Doctrine of Discovery” of the New World, the Latin language, and the earth-centered universe—to name just a few big ones. If we had balanced our “knowing” with some honest not-knowing, we would never have made such egregious mistakes. We could always prove whatever we wanted by twisting one line of Scripture. The biblical text was not allowed to change us as much as many Christians have used it to exclude and judge other people."


This should give us food for thought and also help us realize that this age is calling for discernment about several past teachings. Let us pray that Pope Francis will continue to have the courage to change what he sees is not according to what Jesus would want today.
Posted by Helen at 1:00 AM