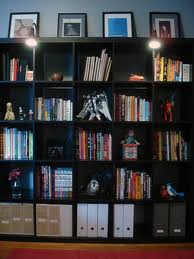 Today I am beginning the week by sharing two new books that I have just received but think I can already recommend them as I have looked at both and read reviews before ordering them. One is by two famous authors as far as ecology and the science of the universe is concerned: Brian Swimme and Mary Evelyn Tucker have published last year a book called Journey of the Universe. It was published in 2011 and I heard that it was an excellent book not only for the story of the universe but for what it calls us to. I need to sit down and read it, but I have discovered a marvelous thirty-page bibliography at the end as well as a timeline appendix that starts over 13 billion years ago and continues up tthrough 2010.

The other book is by Marcus Borg, The Evolution of the Word: The New Testament in the Order the Books Were Written.Harper, 2012. Borg presents the New Testament books in the order in which they were written and provides a commentary of each of the twenty-seven books of the New Testament. He helps us to see the setting in which the books were composed as well as the development of Jewish faith transformed into Christianity.
Posted by Helen at 2:30 AM