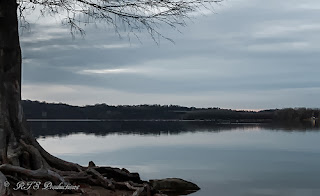 We celebrate the feast of Saint Philippine Duchesne on November 18th but I like to prepare for it ahead of time as she is one of my favorite saints. She was a great pioneer Religious of the Sacred Heart who came to America in 1818 and opened the Academy of the Sacred Heart in St. Charles, Missouri in a funny little cabin with more doors than windows that the Bishop had found for her and her companions. She soon received some boarders from St. Louis, but also opened the first free school west of the Mississippi. I became a weekly boarder at the Academy in 1944, just four years after Mother Duchesne was beatified.
After all these years- (it was 69 years ago), I can close my eyes and immediately see and capture the holy atmosphere of the little chapel where she was buried in the front yard of the convent. I was one who went each evening with the Religious in charge of the shrine to help close the shutters, blow out the green and amber vigil lights that always surrounded the tomb stone set in the floor of the Chapel, but first we prayed to Philippine. She was so present and seemed to me to be so interested in my studies, my athletic achievements, and everything that concerned me. I found her very maternal and loving and she was always there for me. When I entered the Society of the Sacred Heart and heard people speak of Mother Duchesne and the cross; her sufferings, her fortitude, her failures, I just was astonished as this was so different from my experience of her and I went often to pray to her in the shrine under the stairs at Kenwood (in Albany where all the novices were formed at that time). There was a picture of a strong, elderly woman who looked at me with love and understanding. She well understood my homesickness. She had left France, family, friends behind and never went back - in fact, her great desire to go to the Indians was only realized in 1841 when she was over seventy years old and not in good health. However, after her year at the Indian mission in Sugar Creek, she was sent back to live the last ten years of her life at St. Charles and her spirit is still felt there.
Posted by Helen at 2:00 AM