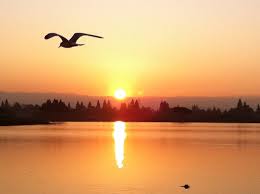 Today is the eve of Trinity Sunday. Since I lived those very inspiring and transforming months at the Trinita dei Monti in Rome before my probation, I have felt close to the whole mystery of the Trinity. Here is what John Kavanaugh has to say about how we have a history of belief and development of this great mystery:

We Christians, with our Jewish and Islamic brothers and sisters, encounter a God who speaks. But what particularly marks our faith is the way our God speaks and what is spoken.

In Jesus, we worship a God whose word is expressed in human flesh. And what is revealed is this: our God is a relational being, a personal reality. In God there is a mutuality of knowing and loving, of being known and being loved. As persons, with our own insatiable desire for knowledge and love, we are adopted into this interpersonal reality of God and called to share it with others.

“Full authority has been given to me both in heaven and on earth. Go therefore, and make disciples of all nations. Baptize them in the name of the Father and of the Son and of the Holy Spirit. Teach them to carry out everything I have commanded you. And know that I am with you always, until the end of the world.”
This commission to the apostles at the end of Matthew’s Gospel, although probably a later addition to the earliest texts, is a trinitarian formula, much like the Pauline references to “Spirit, Lord and God” in both letters to the Corinthians. It is found in doxologies from Justin to Saint Basil and represented in prayers and artifacts from the second to the fourth century. It would not emerge as a full-blown “one God in three Persons” trinitarian doctrine until the end of the fourth century. Devotions and eucharistic feasts would emerge in France and Italy during the eighth and ninth centuries. And Thomas Aquinas, in the thirteenth, gave it an exquisite theoretical expression. This was all before Rome approved a feast of the Trinity in 1331.
Posted by Helen at 1:30 AM