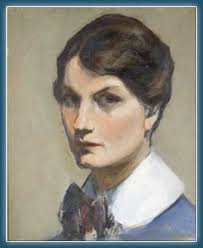 Hildreth Mei`ere (cannot get the accent over the second e) was one of the most influential and creative artists who left the world a richer place. Her art is everywhere. I had seen her wonderful mosaics in the cathedral in St. Louis, but her work is all over.
Hildreth Meière. Hildreth Meière (1892-1961) was a renowned Art Deco muralist, whose numerous commissions grace government and commercial buildings and houses of worship across the country. In midtown Manhattan alone, Meière’s mosaics decorate Temple Emanu-El and St. Bartholomew’s Church, where she also designed the stained glass clerestory windows. Her enormous mixed-metal and enamel sculptures adorn the façade of Radio City Music Hall. In lower Manhattan, Meière’s mosaics can be seen in the dramatic Red Banking Room at One Wall Street, and in the landmarked lobby of the Walker-Lispenard Building. 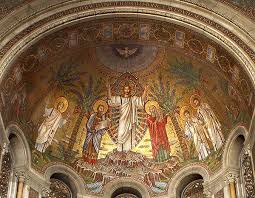 This is the Resurrection at the St. Louis Cathedral. 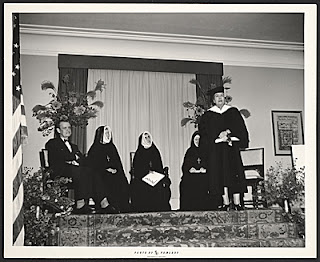 Recei9ving an honorary degree from Manhattanville - you can see the habit that I wore for almost 20 years!
Anyway, I just thought you might be interested in Hildreth and you can find much on the Internet. I asked her daughter what her day was like and she told me she always read the paper in bed every morning! I rather liked that.