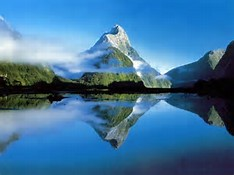 Today is the Feast of the Queenship of Our Lady. I looked at the pictures on Google and decided Our Lady would rather have a nature picture. I can imagine Mary in Heaven surrounded by angels and saints, but my imagination is not at all capable of seeing her as she has been depicted by others. I think she would want to be the Queen only to help us, but not with all the regal appearances. But who knows what it is like to be Queen of Heaven?

The title "Of Many Things" is, of course, taken from the front  inside page of  America. Matt Malone, S.J. is both President and Editor in Chief and has written an interesting introduction to the August 15-22 issue of America which features an article on people with disabilities. He begins by confessing his own disability: a loss of hearing seven years ago in his left ear. He said he is still learning how to deal with this - where to sit or stand to increase his chances of hearing something. He said that he has learned that many are sympathetic to those who are visually impaired, they can be quite impatient with those who are hearing impaired.
Since I am hearing impaired, I loved his honesty. He says it has made him more in touch with the world's pain. It gave me much to think about and to thank God again for my own deafness which has been a blessing in may ways, although I guess I get as frustrated at Matt at times when I cannot hear.