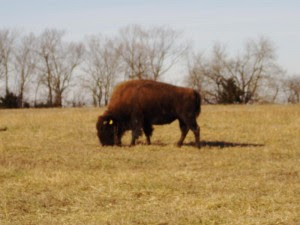 Philippine was happy to be able to be with the Indians even if she could not learn their language. She was there to pray for them and pray she did. The story is that she was in the Chapel for four hours in the morning and another four in the afternoon; I know that the Indians called her the "woman who prays always." However, she also was the one to help nurse sick Indians so often her prayer was at the bedside of a dying Indian. The winter was very cold and the Indians did not know how to dress to survive the ice, sleet, and snow and often became ill. They were touched by Philippine's care and concern. She was suffering herself but found the energy to go out and assist when she was needed at the sick bed of an Indian.

My friend in Scotland, the one we are making the novena to St. Philippine for, just sent me this that I want to share with all:

As a bird soars high
In the free holding of the wind,
Clear of the certainty of ground,
Opening the imagination of wings
Into the grace of emptiness
To fulfill new voyagings,
May your life awaken
To the call of its freedom.

As the ocean absolves itself
Of the expectation of land,
Approaching only
In the form of waves
That fill and pleat and fall
With such gradual elegance
As to make of the limit
A sonorous threshold
Whose music echoes back among
The give and strain of memory,
Thus may your heart know the patience
That can draw infinity from limitation.

As the embrace of the earth
Welcomes all we call death,
Taking deep into itself
The right solitude of a seed,
Allowing it time
To shed the grip of former form
And give way to a deeper generosity
That will one day send it forth,
A tree into springtime,
May all that holds you
Fall from its hungry ledge
Into the fecund surge of your heart.

(To Bless the Space Between Us)
Posted by Helen at 3:05 AM